Eni Aluko, Villa’s current Women’s Sporting Director has appeared in court and issued a public apology for her mistake in relation to a quarantine breach whilst holidaying in Barbados.

Aluko, who has overseen a significant recruitment programme during the close season at Villa, left her hotel following a delay in receiving a coronavirus test result.  The result came back negative.

A member of the public reportedly posted videos to social media of Aluko on a bus exploring the island, resulting in the former England international appearing before local magistrates.

Aluko is quoted via the BBC on this matter as saying it was an “honest mistake”:

I understood that I would have to stay at the quarantine hotel for a maximum of 8-12 hours and would be informed of my result via my contact details after I waited 16 hours.

The quarantine hotel was aware and did not prevent me from leaving wearing a protective mask.

It was my misunderstanding and honest mistake, which the Barbados authorities quite clearly understand, to the extent they refused to let me pay a fine, which I offered for my honest mistake.

Acknowledging the misunderstanding, the magistrate opted not to issue Aluko with any fine, which the 33 year old had offered to pay in any event.  The former Chelsea and Juventus striker was pictured in tears outside the court.

Barbados has recorded 138 Covid-19 cases and suffered seven deaths to date.  There have been 19.9m confirmed coronavirus cases worldwide, resulting in 732k+ deaths as of August 10th 2020 [Source]. 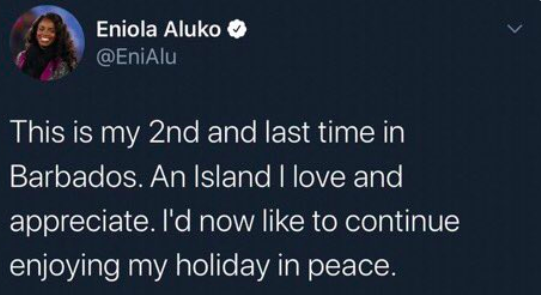 Aluko also had to apologise in May of this year for comments made in regards to the UK furlough scheme.

Villa’s director had said furlough created a “do-nothing” mentality and “culture of entitlement”.  She deleted several Twitter posts and later apologised for “any offence caused”. 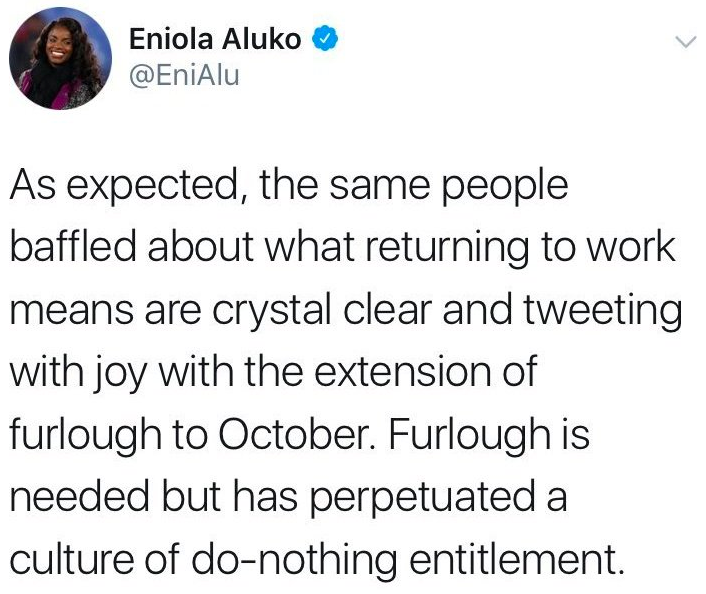 Villa have made eight signings following the club’s promotion to the Women’s Super League.  The new league campaign begins on September 9th 2020.