Due to the link-up with car site Cazoo, it is also the first shirt since 2016 that can feature the sponsor logo since the 2016 season. 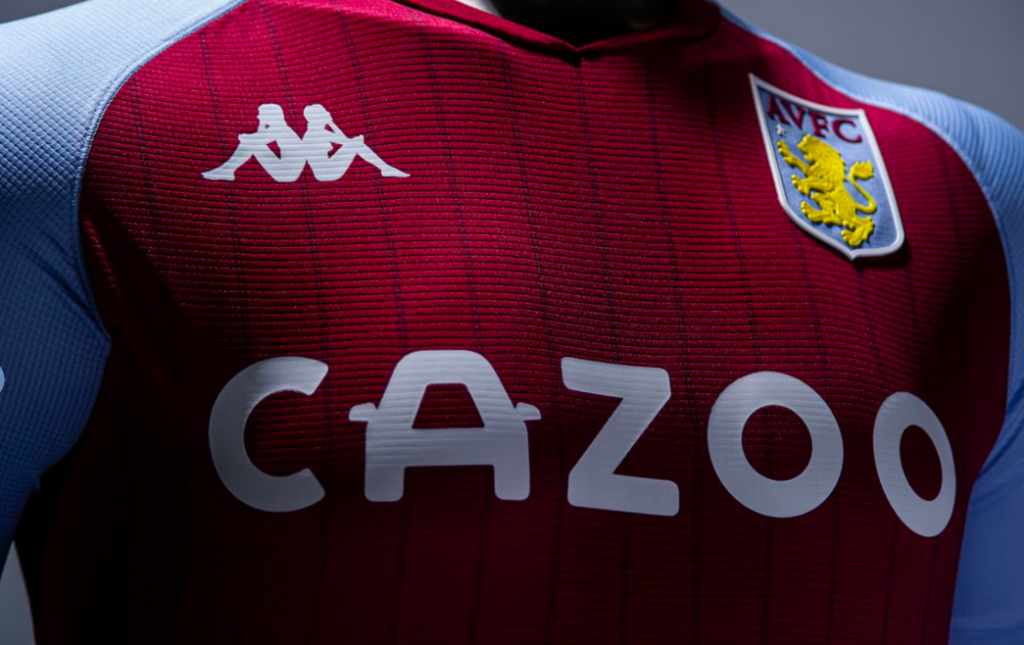 One thing that is annually a point of debate is the exorbitant cost of football shirts.

The adult version of Villa’s new shirt will set you back £57 with the kids version an eye watering £45.  In the current climate and even if you can take advantage of a discount code, this is a significant outlay for any supporter.

Football has long been a commercial venture, but one wonders if clubs (not just Villa) miss a trick with the pricing of kits, particularly for younger followers.

Villa’s launch wasn’t without a slip of the keyboard, with the website encouraging purchasers to “wear their Spurs spirit with pride”. 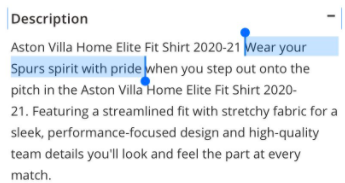 The kit itself is clean, modern, if unremarkable.  It is a safe design certainly, with the badge and sponsor logo appearing high on the shirt design. 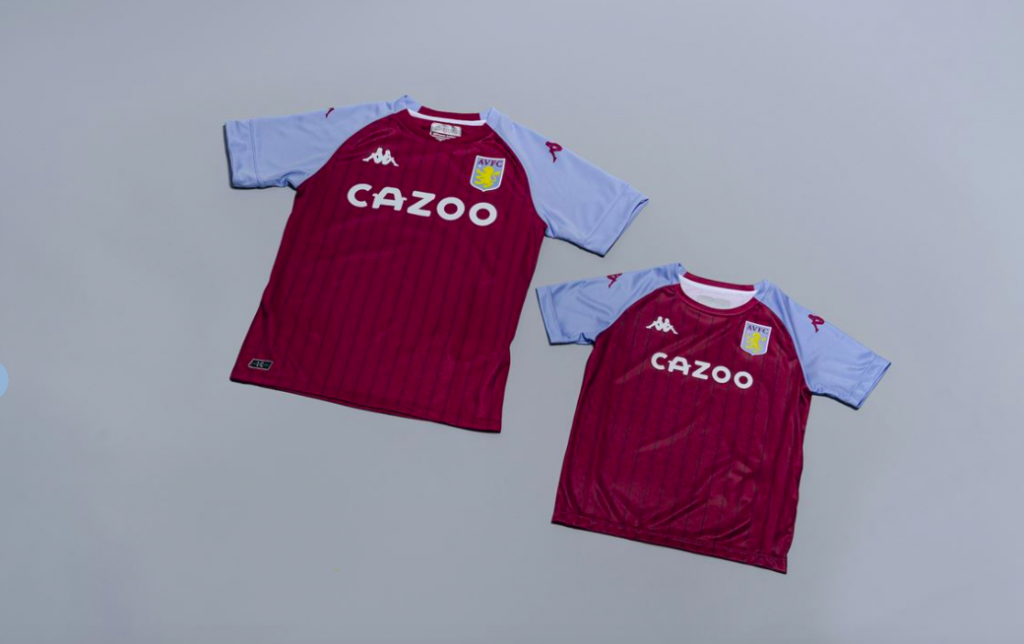 Buyers will also be hoping that quality issues are resolved this time around after widespread issues reported with last seasons Kappa offering.  Problems in terms of peeling badges (amongst others) were referred to as ‘unjustifiable’ by Villa’s CEO Christian Purslow.

Villa’s home kit is now available for pre-order, with the shirt available in the club store from the 8th of August.

A little bit of @NathanDawe x @KSI to go with the kit reveal! 🔥#AVFC pic.twitter.com/sy8Z6rqUJk